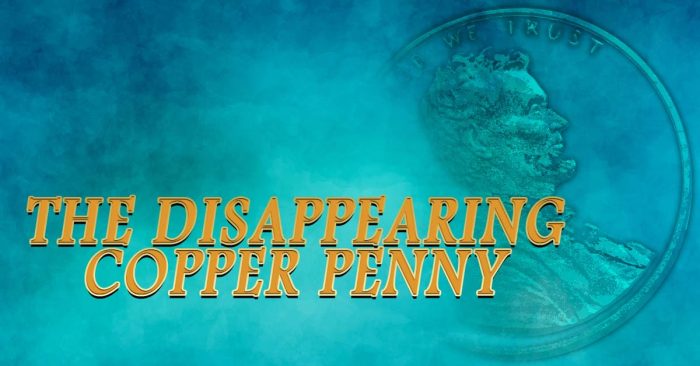 Every few years there seems to be another campaign to rid America of the one cent coin, more commonly known as the penny. The penny, of course, is the smallest denomination of coin minted in this country, but that wasn’t always the case. From 1793 through 1853, a penny was still so valuable that a half-cent coin was minted for those 70 years. Today, those half-cent coins, in good condition, can be valued in the hundreds and even thousands of dollars. Few know that Paul Revere, a blacksmith, supplied copper for some of those first pennies.

Indian head pennies were replaced by Lincoln cents, which featured the image of President Abraham Lincoln. The coins debuted in 1909, the centennial of his birth. The original reverse side featured two stalks of wheat, and became known as “wheat cents” or wheat pennies. That design was changed in 1959 when the wheat image was replaced by that of the Lincoln Memorial. There was a time in 1943, during World War II, when pennies were minted out of steel instead of copper, to save the more valuable metal.

From 1959 through 1962, pennies were composed of 95% copper and 5% zinc and tin. Tin was removed in 1962 and from 1962 until 1982, pennies were 95% copper and 5% zinc. This is important to note in that pennies minted prior to 1982 where largely copper. This makes the copper metal in the pre-1982 penny worth more than its one cent face value. With post-1982 one cent pieces being manufactured with mostly zinc with a thin coating of copper, it is understandable why the mainly copper pennies are disappearing from circulation.

In spite of the lower costs in metal, today’s pennies still cost the U.S. Government 1.76 cents to manufacture. The nickel costs 7.42 cents to make. In short, the country is losing money while making it.

Are you spending too much on auto, home, business or life insurance? How would you know unless you compare? Contact one of our independent insurance agents for your no cost, no obligation quote today.

Want an SUV? Could It Be a Porsche?

Your Life Insurance Application Can Be Your Guide to Living Longer

Is Auto Insurance Really That Complicated?

3 Easy Ways to Save on Your Home Insurance