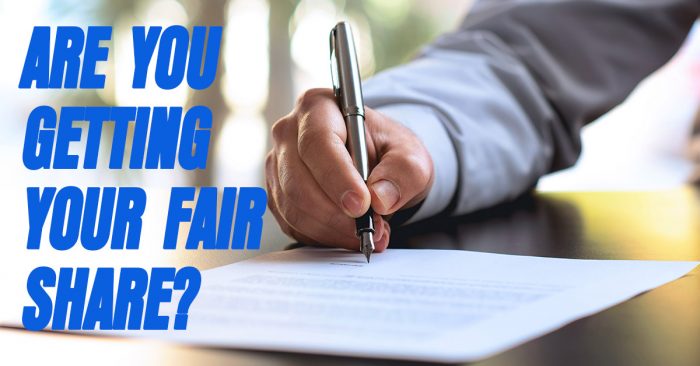 Most businesses can name three or four of the “big dogs” in their market when it comes to competitors. Whether you have a jewelry store, are a real estate broker, sell eyeglasses or pizza, you probably know who the leader in your market is. If you are fortunate, you are among them.

Market leaders generally have some things in common. They likely have been in business for a while and have built terrific name recognition. They will likely have a good reputation and have branded themselves well. These are all things to consider if you are not the market leader.

But just what is your “fair share” of your particular market.

Thankfully, with the internet and a little detective work, you can at least get a general idea. Here’s how.

Let’s say you have a pizza place.

You can Google “How much money is spent on pizza each year” and be blown away by the numbers. We found that Americans buy about 3 billion pizzas per year and that adds up to about $38 billion in sales. That is interesting, but it doesn’t quite yet help on a local level.

Now, you are getting close!  If you have 100,000 people in your market, in total, they are probably spending about $11.5 million annually on pizza. (100,000 people spending $115 each). Based on your sales you can now figure out what is your “piece of the pie”. Additionally, you can find out how many pizza places there are in your town and divide it by the total market. Let’s say in this example, there are 75 pizza places listed. When you divide the total market sales of $11.5 million by the number of competitors (75), you can determine, all things being equal, each would have $153,333 in annual sales.

There are a number of ways to come at your total market share, but it will usually boil down to determining what the average person spends on your product and service each year and multiply it by your market population. It may not be exact, but at least it will give you an idea.

This is often inspiring for those who just don’t realize how much money is being spent locally each year in their business segment.

Have some fun and give it a try.

Home Appliances That Changed Our Lives

Should You Have Family Members Working for You?

Four Paths to Selling a Home

When Working From Home Is Running a Small Businesses

How Do You File a Life Insurance Claim?