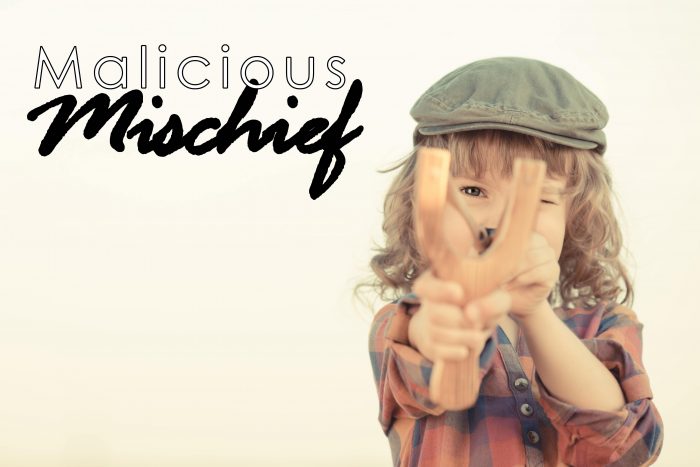 If you’ve raised, or are currently raising, a teenager, you know just how spontaneous and chaotic it can be. You were also a teen once. Now that you’ve got kids of your own, you feel bad for all the hell you caused your parents growing up. Now, you get it.

Teenagers have a mind of their own. As much as we try to guide them in the right direction, parents can’t always be there to make sure their kid is making the right decision. Sometimes, it ends badly. We’ve all been there, right? Have you ever had an idea that seemed great at first, and ended up being a mistake? When you’re a teenager, everything feels like an awesome idea until it ends badly. Then, lessons are learned. Hopefully.

Teenagers are mischievous until they learn. They can end up doing stupid things, like throwing a house party or egging their least favorite teacher’s house. Are you, as a parent, responsible for the destruction your child makes to another’s property?

Insurance is there to help us when accidents happen. But what happens when the damage wasn’t exactly an accident–it was done intentionally? The truth is, in some cases, insurance is there to help when malicious mischief occurs. Vandalism is intentional damage caused to another’s property. Mischief is essentially the same thing; only the damage is unintentional. For example, a child may egg a house without realizing the damage the eggs can cause. Some kids may initially think an activity is harmless.

On many homeowners insurance policies, there is coverage for “malicious mischief.” Some homeowners policies may require that you add this coverage as an endorsement. If your teenager causes damage to another person’s property, you may be held liable for the cost to replace the damaged property. When you’re young, it’s hard to recognize the extent of the damages caused by mischief because young people are not yet working hard to earn their money. Attempt to discuss the value of buying something with hard-earned money to instill a sense of respect for your property in your teen’s mind.

Often, malicious mischief inclusions are important for properties that are unoccupied for lengths of time, such as a vacation home. The risk to insure these properties is higher because the frequency of claims is more likely to be higher than a property that is consistently occupied. For these properties, the deductible is higher. Vandalism is not covered in homes that have been vacant for up to 60 days or more. Also, if the insured is the person committing the vandalism, the damages are excluded from the policy.

If you have misbehaving teens, try asking your independent agent if your homeowners policy has coverage for their uncontrollable behavior.

Expert Guidance and Your Small Business

Fear of Fire: How Flames Have Caused Destruction Across America

Seven “Must Do’s” When Visiting Florida

How to Handle Negative Online Feedback

How to Encourage Kids to Have Healthier Eating Habits

How Are Your Driving Skills?